“It is very interesting that Afghanistan, and our horrible and incompetent withdrawal, losing soldiers and leaving $Billions of military equipment, was when people really began to realize how horrible this Socialism/Communism direction for America has become. We have never been thought of so poorly as we are right now, including the fact that the leaders of foreign countries, all of whom are at the top of their game, are laughing at Biden as he makes the rounds in Europe. So low and so bad for America. There has never been a time like it!”

we did lose credibly and integrity. well, those leading this country did that for us. Who would ever trust the US again? I sure as heck wouldn’t. How sad for this nation that for the most part is Christian and wants Christian ‘policy” to be ruled by. Not politics, policy.

Save Our United States

Rep. Jim Banks (R-IN), the chairman of the Republican Study Committee (RSC), released an exhaustive list of some of the most radical aspects of the Democrats’ “socialist takeover bill.”

“It’s not an understatement to say this bill, if passed, will fundamentally change our country forever—Americans will wake up in a few years and wonder what happened to their freedom. We can’t let that happen , “   Banks concluded.

The RSC noted the bill would:

1.       Perpetuates labor shortage:  Continues welfare benefits without work requirements for able-bodied adults without dependents at a time where there are 10.1 million job openings—more openings than there are people looking for work.

2.       Commissions a climate police:  Democrats stuffed $8 billion into the bill to commission a cabal of federally funded climate police called the Civilian Climate Corps (CCC) who will conduct progressive activism on taxpayers’ dime (pages 8, 21, and 926).

5.       Forces faith-based child care providers out:  The bill blocks the ability of many faith-based providers from participating in the childcare system and will lead to many of their closures (page 280).

8.       Includes legislative hull for Biden’s vaccine mandate:  Increases OSHA penalties on businesses that fail to implement the mandate up to $700,000 per violation and includes $2.6 billion in funding for the Department of Labor to increase enforcement of these penalties (page 168).

10.    Makes unions bigger and more powerful:  The bill would subsidize union dues that would only serve to strengthen the influence of union bosses and not American workers (page 2323).

12.    Furthers radical abortion agenda:  Does not include the Hyde amendment and would mandate taxpayers pay for abortions (page 198) & (page 336).

14.    Includes dangerous & deadly green energy mandate:  Effectively forces Americans to get 40% of their energy from wind, solar and other unreliable forms of energy within 8 years (page 392). Reliance on these energy sources has proven deadly.

16.    Gives wealthy Americans tax credits:  $222 billion in “green energy” tax credits will be given to those who can afford expensive electric vehicles and other “green” innovative products (page 1832).

17.    Furthers Democrats’ social justice agenda:  Includes “equity” initiatives throughout the bill and, in one instance, Democrats inserted “equity” language into a title which should have been focusing on the maintenance of the United States’ cyber security efforts (page 897).

18.    Grants amnesty for millions of illegal immigrants:  House Democrats have included in their reconciliation bill a plan to grant amnesty to around 8 million illegal immigrants at a cost of around $100 billion over ten years that would largely be spent on welfare and other entitlements (page 901). Trillions more would be spent long term on their Social Security and Medicare.

19.    Opens border even wider:  The bill would waive many grounds for immigration inadmissibility, including infection or lack of vaccination status during a Pandemic, failure to attend removal proceedings in previous immigration cases, and the previous renouncement of American citizenship. DHS may also waive previous convictions for human trafficking, narcotics violations, and illegal voting (page 903).

21.    Grants fast-tracked green cards for those seeking middle-class careers in America:  Language included in the bill exempts certain aliens from the annual green card statutory limits and has been described as a “hidden pipeline for U.S. employers to flood more cheap foreign graduates into millions of middle-class careers needed by American graduates” (page 910).

23.    Increases energy dependence on OPEC, Russia and China:  The bill prohibits several mineral and energy withdrawals (page 979). It overturns provisions included in the Tax Cuts and Jobs Act that authorized energy production in the Arctic that will result in 130,000 Americans losing their jobs and $440 billion in lost federal revenue (page 983) and the mineral withdrawals it prohibits would, ironically, include minerals necessary for renewable energy sources (pages 934, 940, 943).

24.    Exacerbates the chip shortage:  The bill would mandate the conversion of the entire federal vehicle fleet from internal combustion engines to electric engines at a time when there is a global microchip shortage and crippled supply chains (page 1,043).

26.    Chases green energy pipe dreams:  $264 million to the EPA to conduct research with left-wing environmental justice groups on how to transition away from fossil fuels (page 1063).

27.    Fixes “racist” roads and bridges:  Adds a nearly $4 billion slush fund that would help left-wing grassroots organizations that, among other things, want to tear down and rebuild or otherwise alter infrastructure deemed “racist” (page 1183).

29.    Includes new massive, bankrupting entitlement:  The new paid leave entitlement would mandate workers get 12 weeks of paid leave and would cost $500 billion over ten years according to the CBO (page 1245). It would apply to those making up to half a million dollars a year (page 1254).

30.    Advances a totalitarian and paternalistic view of the federal government:  Includes grants for organizations to treat individuals suffering from “loneliness” and “social isolation.”

31.    Further detaches individuals from employment and more reliant on government handouts:  The bill spends $835 billion on welfare through manipulating the tax code [not including the expansions of Obamacare subsidies] (page 1943).

32.    Tax benefits for the top 1%:  The bill will possibly lift the SALT deduction cap meaning many of the top 1% wealthiest Americans would pay less in taxes.

33.    Tax credit for wealthy donors who give to woke universities:  The bill creates a new tax credit program that gives tax credits worth 40% of cash contribution that are made to university research programs (page 2094).

34.    Expands worst parts of Obamacare:  Obamacare’s job-killing employer mandate will become more severe by adjusting the definition of “affordable coverage” to mean coverage that costs no more than 8.5 percent of income rather than current law’s 9.5 percent of income (page 2041).

35.    Increases taxes on Americans at every income level:  $2 trillion in tax hikes will fall on those making under $400,000 per year, contrary to what the White House says. Individuals at all income levels will be affected (Ways and Means GOP).

36.    Lowers wages for working families:  The corporate tax rate will increase by 5.5%, meaning American companies will face one of the highest tax burdens in the world. According to analysis, two-thirds of this tax hike will fall on lower- and middle-income taxpayers (page 2110).

39.    Crushes family businesses and farms:  The bill would impose a 25% capital gains rate (page 2226) and makes alterations to the Death Tax including cutting the Death Tax exemption in half (page 2240).

41.    Increases out of pocket costs for those who rely on prescription drugs:  The bill repeals the Trump-era Rebate Rule which passes through rebates directly to consumers at the point of sale (page 2465).

You are absolutely right President Trump. We see it too and way before Afghanistan. But it’s true that others didn’t come around until then. This is why we beg for your early return. Now 71% of the country sees it. The country, at least 3/4 of them, are more than ready for you.

Yes but he is instructing our US military. I never realized how weak US was from internal attack.

Don’t worry the only Democrat with a brain ,Manchin,has it under control..LOL

BIDEN IS A LOOSER AND IT SHOWS IN EVERYTHING HE DOES THE LEFT IS GOING TO BE TICKED OFF WHEN THEY FIND OUR OR REALIZE WE AMERICANS WILL NOT ACCEPT COMMUNISM IN ANY FORM IN OUR COUNTRY.

It hasn’t been this bad since Zero and Angry Mike were running the show.

It’s a total mess and embarrassment! They don’t care about us, only immigrants and political greedy pockets!

I agree completely with President Trump right here. I posted about this the other day on one of the prior releases “from the desk of” President Trump.

BIDEN THINKS HE’S THE CAT’S PAJAMAS. AND THAT EVERYONE LOVES HIM, BOY IS HE BARKING UP THE WRONG TREE. DOES HE NOT UNDERSTAND “LET’S GO BRANDON.” HE IS TRULY PATHETIC. I THINK HE IS JUST PLAIN OUT OF IT. HE IS OUT IN SPACE SOMEWHERE. EVERY TIME YOU LOOK AT HIM HE LOOKS SPACED OUT. I THINK IF SOMEONE SAID BOO TO HIM IT WOULD SCARE THE LIVING DAYLIGHTS OUT OF HIM. NO ONE IS HOME…….
WE HAVE TO GET OUR COUNTRY BACK BEFORE IT’S TOO LATE. THAT IS WHY IT IS SO IMPORTANT TO GET OUT AND VOTE TOMORROW IN VA., OHIO, NJ.. WHEREVER WE HAVE A REPUBLICAN RUNNING. LET’S HAVE A RED WAVE. WE CAN DO IT, BUT WE DO HAVE TO GET OUT THERE TOMORROW AND VOTE. SITTING HOME ON OUR BUTTS IS NOT GOING TO CUT IT. ANYONE WHO IS PRO-LIFE, ARE FOR PARENTS HAVING THEIR SAY IN THEIR CHILDREN’S EDUCATION, WHAT THEY ARE TAUGHT, AMONG OTHER THINGS, THEN IT IS GLENN YOUNGKIN FOR SURE. LET’S SAVE AMERICA. WE NEED TO GET THESE AMERICAN HATERS OUT OF OFFICE IMMEDIATELY. VOTE, VOTE, VOTE TOMORROW. RED, RED, RED. LET’S GO AMERICA. LET’S SHOW THE DEMS AND THE REST OF THE WORLD WHAT WE ARE TRULY MADE OFF. BIDEN IS AN EXTREMELY POOR EXCUSE FOR AN AMERICAN. HE SHOULDN’T EVEN CALL HIMSELF ONE. LET’S START TO TAKE BACK OUR GREAT COUNTRY TOMORROW, THEN ONWARD TO 2022 AND 2024. GOD BLESS OUR GREAT COUNTRY.

I only hope and pray we learn our lesson fast!

China, Russia and Saudi Arabia DID NOT even attend!
Just More Egg on Criminal Joe Biden’s face!
WHAT A JOKE!

I agree with you completely. I’ll be grateful when we have justice.

We can make America Great Again Again Again if we get rid of the people who are destroying it!

Thank You "President Trump"!!! God Bless Us All!!!

We need YOUR help 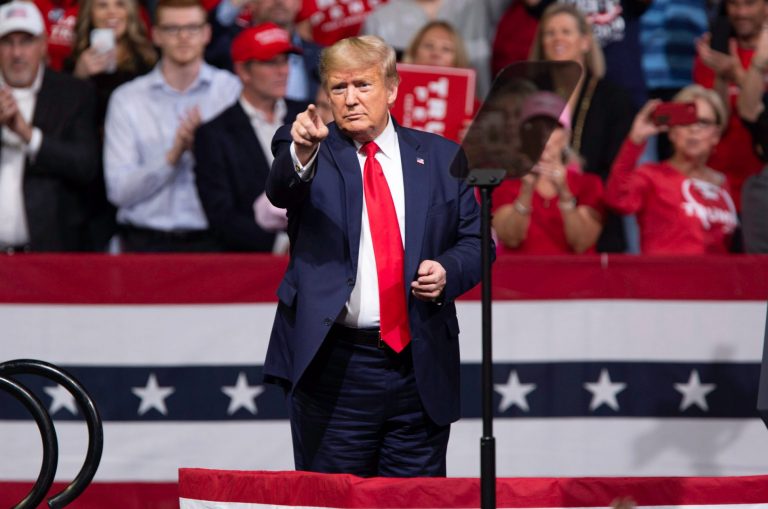