We want the entire swamp on trial like a long ass time ago.
Give Hillary a polygraph on election fraud.
Lets make that a billboard.
I’ll chip in $1000.
$10,000 if get something in return.

Biden was installed with 45% of the vote. This has to be a full blow out just to be called a close race. And with the noncitizen votes on top of the mail-in votes the Dem Fraud is at full throttle.

We need you back, Sir. Thank you and your family for tirelessly working to MAGAA! We love you and Merry Christmas! PS I loved your tweets!! America needed them!

This doesn’t matter as long as the Marxist VOTER FRAUD Democrats can rig elections! It’s amazing how these left-wing radicals with the help of the RINOs are destroying our Republic! Instead of public servants they now consider themselves as our masters! These people should be in jail for treason!

They can unintentionally be skewed just by their very nature.

It is not a time of “we got this in the bag” and efforts can stop.

It is a time of “we have stomped a new mud hole in their ass… now let’s stomp it dry.”

Laziness on the American people’s part allowed this to happen.

No, I am not trying to play the blame game… but we need to know our mistakes so we don’t make them again.

It was little small concessions one after another over years across the decades that set things up to this point.

The old people bitching about how a picture driving license was unconstitutional yet they bent the knee because it sounded good.

Everyone is looking for a better faster raiser way…. Which is good most of the time but sacrificing quality over quantity has become the norm kink the deep state uses to push its agenda…

Picture IDs do not replace knowing each other. Picture IDs actually allow cheating too… anyone can make a birth certificate then build a character… literally anyone….

But, knowing each other…. Is a safety net no one can break…. Knowing your fellow man woman and children…. They can’t Forge a memory….

But they can divide us and destroy our relationships so that we depend on picture IDs instead of knowing each other.

Stop and think about how the old people did it….

There was nothing to hack because the people’s brains could not be hacked.

The law of the land….

TATOO IT ON THE HEART OF EVERY AMERICAN YOU G AND OLD.

You won’t have to worry about getting hacked…. There will be nothing to hack.

WRITE IT IN STONE AND DISPLAY IT FOR ALL TO SEE WHERE NO ONE CAN CHANGE THE WORDS AS THEY SEE FIT.

We can’t wait 3 more years Biden is destroying America. Republicans need to stick together. Bidens BBB bill will destroy America and the American people. Vote out all demoRATS and RINOS.

Thank you for working hard amid all these smears. We need strong Republicans to fight the corrupt establishment!

There way be one or two actual dem voters out there somewhere. ; )

I wish one or two was all there was.

MR. PRESIDENT WE WANT YOU BACK NOW.

Right on, Donna. Every day we wait, more evil is happening. The rest of the world has also gone crazy with the great reset. FJB has the same thing in store for us. Hurry, hurry, hurry Mr. President!

Ken
Reply to  My Man Trump

Mid-terms are coming! Less than a year to go now.

If the Communist Left and their cronies don’t step in and implement their 2022 Election Fraud Campaign and put a stop to the America First People’s attempt to right a sinking ship. Which I am sure will be repeated in 2024.

My Man Trump
Reply to  Ken

Nothing has been done about the steal. Radicals are still counting on the chinavirus to steal 2022. That’s what all these controls are about. 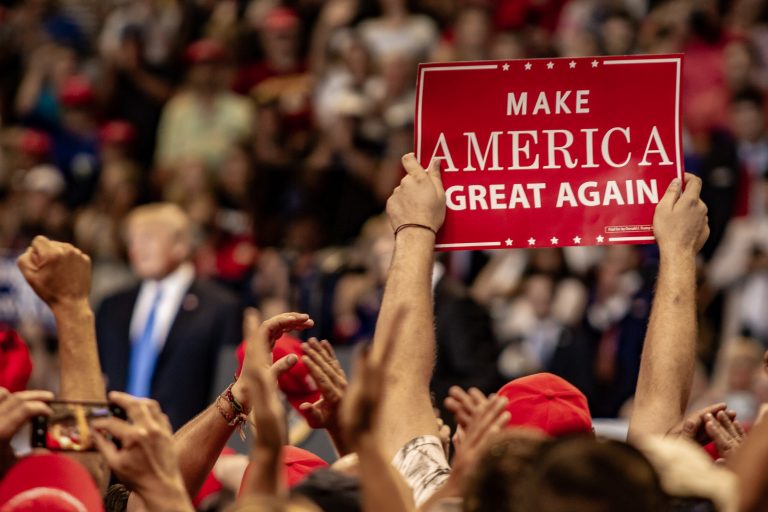